Recently I have been commissioned to paint a mural by the All Japan Seamen's Union to be hanged at the lobby of the new Mariner's Court in Mandaue City, Cebu. I flew to Cebu on April 21 with Rad, the Execom Chairman Mr. Yasumi Morita and Mariner's Home's General Manager Mr. Nolette Otayza to take a look at the hotel lobby where the painting will be displayed. We flew back to Manila the same day.

The contract signing took place at Mariner's Home in Malate on April 23, 2009.

The All Japan Seamen's Union was established to engage in the improvement of the welfare of Filipino seafarers who will be on board Japanese-owned ships, the education and training program in Japan for Filipino seafarers, and investigations of the recruitment of Filipino seafarers fro Japanese owned ships. It carries on a wide variety of international labor campaigns to protect the rights and employment of its more than 44,000 non-domiciled members. Mariner's Court was constructed as tribute to the strong friendship between Filipino and Japanese seafarers.

The mural, 4 x 2 meters in size, which I titled as "Beachcombers of the Cebu Channel" will depict the bond between Japanese and Filipino mariners. 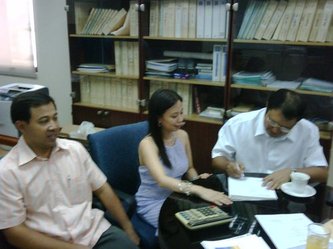 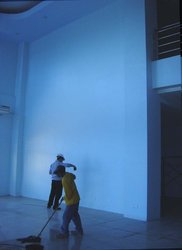 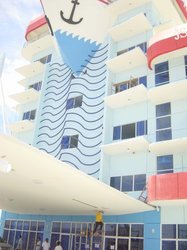 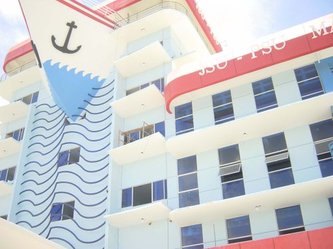 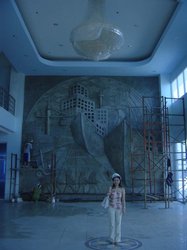 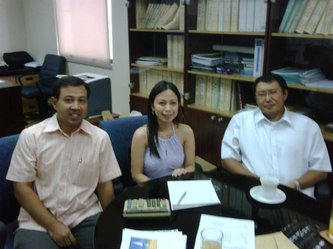 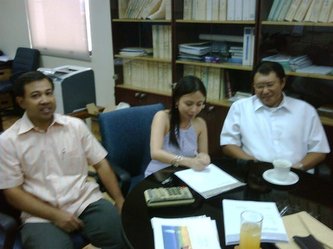