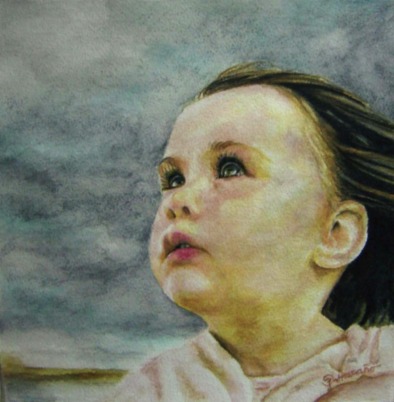 ARTIST Maria Pureza "Puchette" Escano will showcase her masterpieces in a traveling exposition billed as Ode to the Father"–an art exhibit of Praise and Thanksgiving. It will open on March 6, 2010 at 6 p.m. at the LRI Pavilion, LRI Design Plaza, along Nicanor Garcia St. in Makati with a mass officiated by Archbishop Angel Lagdameo.

"Ode to the Father" traces its roots from a poem of the same title penned by Puchette herself. In this poem, she recounts God’s blessings and how he carried her from what she calls the ‘dark night of the soul’ into a new light and life. This prayer has been made into a song by her friend, musical composer, Jason Asistores, to be the theme of her Ode to the Father retrospective.

All the paintings in the "Ode to the Father" collection will be donated to the Bukas-Loob sa Diyos Foundations’ Scholarship of Hope as the artist’s response to the call of BLD’s spiritual director Archbishop Lagdameo to assist its beneficiaries.


The Scholarship of Hope seeks to offer educational scholarship to the children of the "poorest of the poor" where the only qualification of the beneficiaries will be, besides being poor, the desire to get an education. There will be no minimum IQ or grade level required.

Done either in her signature figurative and avant-garde style, the series in the collection reflects the artist’s search, discovery and affirmation of the inspiration behind her masterpieces–as depicted in all 18 artworks (retrospective of her paintings from 2002-2010) which are experimentations of her varying styles in realism, impressionism and surrealism, executed in either oil, acrylic and her forte, watercolor.

Puchette’s reputation as a Filipino global artist started when she was invited to join a group exhibition at the prestigious Ico Gallery in New York. Her works stood side by side with international greats like Blake Ward, Jan Boe Paulsen, Jean Dorch, Ned Martin, Kaiser Kamal, Davor Vokovic and Ted Barr in an exhibition called "New Motions of the Figure" which ran from March to April 2009. She has likewise graced the local art scene via various exhibits.


Other artists who will perform during the exhibit’s launch on March 6 are Jason Asistores, and Nika Espinosa of the Makopa band who will render a live performance of the song. The event will also feature photographs by Mian Sta.Cruz.

This event is sponsored by Smart Communications, Inc.

For more information about the artist, link up with http://puchetteescano.weebly.com